She Wants Revenge - This is Forever (Pop)

The intro to me was a little lengthy; gives you the feel of "come on already!". But it does provide a guiding hand into there musical style. Once you push through that intro, it dumps you immediately into the next song which puts your mind into a swirl, remaniscent of their previous album. The break beats are still really solid and "stompy" which is really prominent in most industrial bands, but, for not being a quote unquote industrial band, they nail it. Also this album does include cowbell: how can you go wrong with a some good ol cowbell. While you are braising through track after track it is almost impossible to not stomp around and dance like a mad man. In other words, its not just another dance cd to shake your hips to; its a melodic electronic social movement. So if you're into borderline industrial, mellow beats, deep, rich baselines that are accompanied with melodic vocals, then this is an album you could enjoy. Now in comparison to Marylin Manson its not as twisted: more along the lines of orgy, but if your a fan of both then you will enjoy this cd from track 1 to finish. 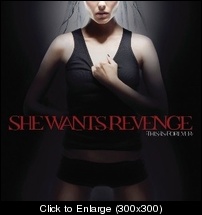